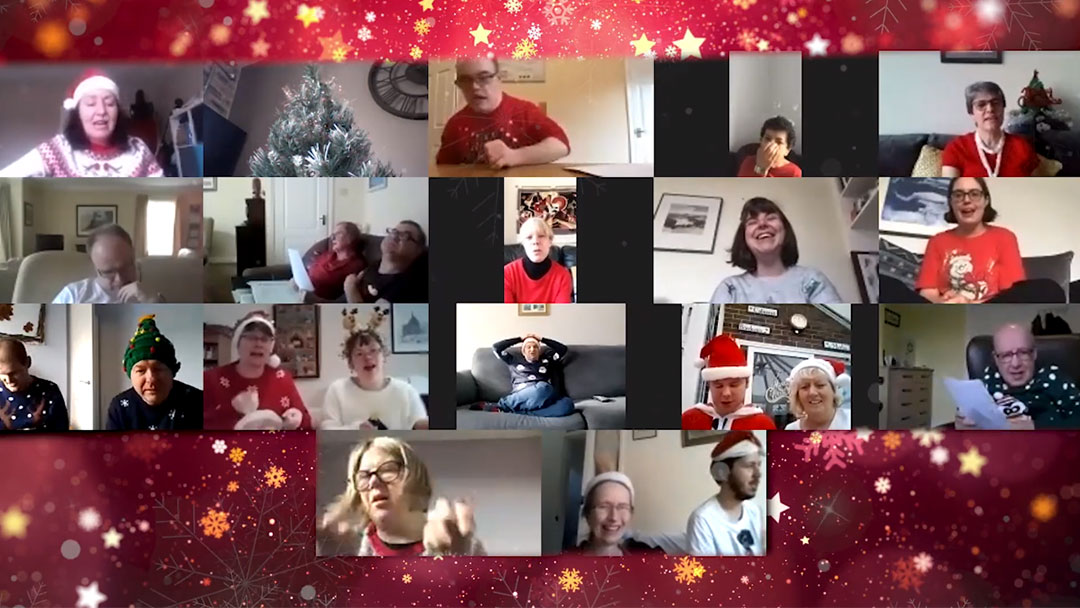 ‘It’s fantastic, so uplifting how they express themselves.’

2020 has been a tough year for everyone. However, charities have been hit particularly bad this year without the ability to fundraise.

That’s why the Sing It Loud Choir decided to spread some Christmas joy in support of Macmillan Toon Angels.

The Choir haven’t been able to meet for some time. Usually 25 people strong, they love to gather weekly in North Shields for a sing and a dance. The group ranges in age from mid 20s up to 83, but that doesn’t stop any of them from “blowing your head off” once the tunes start.

Despite not meeting up in person, they have still been able to enjoy each other’s company on zoom singing Christmas songs and carols. Unfortunately, however, not all members have access to the tech they need to participate online.

The Sing It Louder gang have been supporting the Macmillan Toon Angels for around three years with a Christmas concert. Last year they even managed to raise £11,000 in just two hours!  So, when they heard the Angels’ carol service was cancelled, they decided to record themselves and share their festive cheer with everyone- whilst trying to do some good at the same time.

After recording a couple of sessions, Pete Ross of Little Cat Theatre (and Lou’s husband) reached out to us to edit the video together. It was important to show off all the voices and dance moves of the choir, as well as giving it a Christmas look/feel.

Here’s what Lou had to say;

“It’s so inspiring to see how [the choir] give back to the community. It’s fantastic, so uplifting how they express themselves.

It’s always a pleasure to work with HT, they’re never any bother, and Dave always does a marvellous job”.

The final video can warm anyone’s heart this winter, and we hope the Macmillan Toon Angels see a flurry of donations headed in their direction.

See the video for yourself here:

If you’d like to make a donation, or find out more about the Macmillan Toon Angels, head to their Facebook page here; https://www.facebook.com/toonangels/